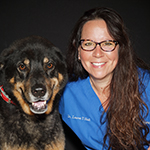 Dr. Laura Tonetti Hall, DVM, PA
Dr. Hall attended Auburn University where she received a bachelor of science in Zoology and graduated from the prestigious College of Veterinary Medicine in 1997. She practiced in Baldwin County, AL  and Atlanta, GA, before returning home to East Hill Animal Hospital in 2002. She is married to Dr. Jason Hall and has three beautiful children as well as three dogs, two cats and two horses. 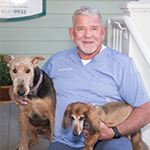 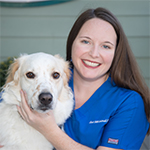 Dr. Stacia McGuffey – DVM
Dr. McGuffey graduated from Auburn University College of Veterinary Medicine in 2016. She received her Bachelor of Science degree in Biology from Western Kentucky University in 2010. She was born and raised in south central Kentucky, where she got her first job in a veterinary clinic right out of high school and fell in love with the profession. She has two dogs, Molly and Audrey. 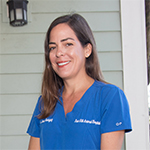 Dr. Limarie Rodriguez – DVM
Dr. Rodriguez has worked as a small animal veterinarian in the surrounding area for over 15 years. She is a 1997 graduate of Kansas State University College of Veterinary Medicine, where she obtained her Doctorate in Veterinary Medicine. In 1998, she completed an Internship in Small Animal Clinical Sciences at Michigan State University College of Veterinary Medicine. While proficient in many disciplines she particularly enjoys the challenges of Feline Medicine. Dr. Rodriguez has been a volunteer for the National Park Service Sea Turtle program for fifteen years. She is currently the staff veterinarian for the Navarre Beach Sea Turtle Conservation Center. She is an active member of the community and has been recognized on multiple occasions for her community service.
Dr. Rodriguez her husband Benjamin Stevenson, and their daughter Felisa live on Pensacola Beach with their two cats, two dogs and four chickens. They enjoy many beach activities including their work with Sea Turtles, camping, and paddle-boarding to name a few.

Is a native of southwest Alabama. He has been working with animals his entire life on his family’s farm, and at the local veterinary clinic where he was raised “ever since I can remember.” He studied Animal and Dairy Science at Mississippi State University, and graduated from Tuskegee University’s College of Veterinary Medicine. Dr. Gunn enjoys spending time with his wife, Juliana who is a nurse, and his daughter Emery. He has two spoiled rotten dogs, Case and Sophie. 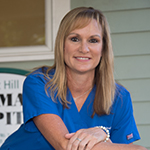 Barbara  – Chief Financial Officer
Barbara has worked in customer service for 20+ years and has over 15 years of accounting experience. She joined the staff at East Hill Animal Hospital in 2011. 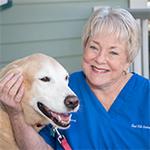 Laraine – Inventory Manager
Laraine has over 35 years of combined experience in retail sales, management and purchasing. She joined the staff at East Hill Animal Hospital in 2007. 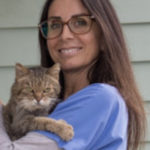 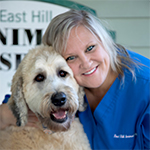 Mary – Receptionist
Mary began working with us at East Hill Animal Hospital in 2005 and then moved away from the Pensacola area in 2013. She loved her working experience here so much that in February 2016 she rejoined our staff. With over 8 years of customer service experience Mary holds an AA degree from PSC and has also assisted in taking care of Dr. Hall’s three children over the years. We welcome her back and she is very excited about rejoining our team here at East Hill Animal Hospital. 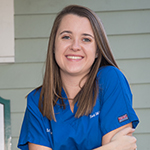 Megan L – Veterinary Technician
Megan is a certified veterinary assistant who started as an intern at East Hill Animal Hospital in 2015 while completing the veterinary science program at Tate High School. She is currently a student at the University of West Florida majoring in biology. Megan officially joined our team in May 2016 and was promoted to Veterinary Technician in October 2018. 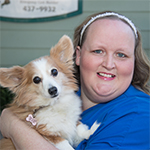 Crystal – Receptionist
She started her career at Pensacola Pet Resort Too back in 2003 where she also worked as a receptionist, kennel technician, and massage therapist. Animals have always been a part of her life and she currently has six rescued “fur babies” at home. Working at the resorts enabled Crystal to care for many pets so it was a natural transition for her to move to the animal hospital. 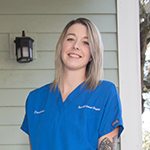 Deanna – Veterinary Technician
Has been in the veterinary field since 2014 and is a graduate of the Faulkner State vet tech program. She enjoys spending time with all of her animals at her farm in Robertsdale, Al. in her free time. She joined the team at East Hill Animal Hospital in April 2016. 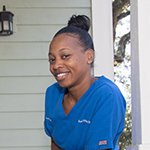 Kassandra – Reception Manager
Kassandra has lived in Pensacola all her life and graduated from Pensacola High Scholl. She went on to attend FAMU in Tallahassee and later moved back home to attend Pensacola Junior College now known as Pensacola State College. Kassandra has over 17 years experience in customer service and joined our team here at East Hill Animal Hospital in 2017 as a new life experience. Kassandra is married and has 3 beautiful children. 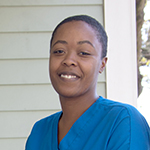 Britney- Receptionist
In August 2011 we welcomed Britney to the PPR team. She is a dedicated employee and loves working at the resort. After working 3 years at the resort, she ventured out with family and her yorkie Beamer to live in Conyers, Georgia. After one year of living out of state she decided to move back to Florida and return to the resort. We welcomed her back to the Pet Resort summer 2015. In July 2016 she transferred over to EHAH as a receptionist.  She enjoys traveling, outdoor activities, and spending time with family and friends. 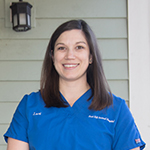 Lori – Patient Care Coordinator
Lori is a Certified Veterinary Technician who has been working in the veterinary field since 2011. She is a graduate of the Pensacola State College Vet Tech program and joined the staff at East Hill Animal Hospital in 2015. 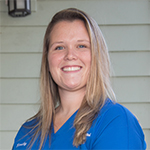 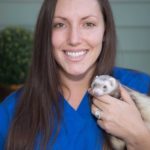 Angela – Veterinary Technician
Angela has been with the animal hospital since 2006 as a veterinary technician. 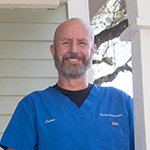 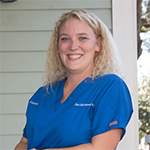 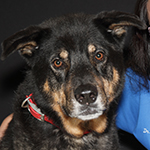 Bear Hall
Bear is Dr. Hall’s family pet but is also the hospital’s blood donor and has helped save many dogs’ lives! He is also our security system and is an assistant to the dog trainer. (Has helped train a deaf dog.)

Grew up in Gulf Breeze, Florida.  From a very young age, she knew that she wanted to be a veterinarian.  Growing up, she rescued many animals.  In high school, her love for animals found her working at an animal hospital in Gulf Breeze.  She attended Auburn University and received a bachelor of science in Zoology.  She was also accepted into the Veterinary School at Auburn, which is one of the most prestigious colleges for veterinary medicine.  Dr. Hall graduated in the top of all of her classes.

After college, her first job was in Baldwin County, AL.  She was working with large and small animals.  She worked for 2  1/2 yrs. with horses, cows, pigs, goats, exotic animals, dogs, cats, birds, reptiles, and many other of God’s creatures.  She was performing extensive surgeries every day.  With her colleagues, she gained a lot of priceless hands-on experience, where every day was a new challenge.

Her next move was to Marietta, Georgia.  She was working with a large 7 doctor small animal clinic.  This clinic is where she decided that working with small animals and exotic animals is where she felt most at home.  She took several ultrasound and laser courses and interpreted all the cases for that animal hospital.  Then in 2002 she decided it was time to pursue her own goals.

East Hill Animal Hospital opened on September 16, 2002,  East Hill Animal Hospital provides a nurturing, comfortable, and professional environment.  Located in the Historic District of Pensacola’s East Hill area gives the hospital personality and a convenient location.  While the outside has an original historic look that adds character to this high quality/ high service business,  the inside is a modern, high tech hospital. Feel free to stop by any time for a tour.